The Milling Industries Perpetual trophy for the winner of the S.A. State Championship 160km Ride was first awarded in 1985. In those days the first rider weighing 73kg + was the winner. In those days there was no such thing as a heavyweight or middleweight division. It was referred to as the Open division. The Lightweight division came into being around 1982 followed by the Juniors in 1984.

For many years there was only the one trophy awarded for the winner (as explained already) then a Junior Perpetual was donated in 1987. And some time after another lovely bronze was donated for the lightweights. Around 1991 the Heavyweight division became official for those with a riding weight of 91kgs +.  Generally speaking Middleweight has always been the most competitive division so it was only occasionally a heavyweight rider could win the championship. Not wanting them to be “left out” the SAERA put in place another Mary Pinsent bronze especially for the winner of that division in the 160km Championship. This is also a perpetual but wasn’t donated.

The problem that eventually arose ( and it affected me twice) was when a heavyweight rider crossed the line first in a SA Championship – this rider was presented the Heavyweight trophy AND the Milling Industries Championship trophy, resulting in the first Middleweight rider gaining no trophy stating them as winner of their division. I reiterate this doesn’t happen very often but when it does, believe me it’s quite disheartening as it’s one hell of an achievement to finish a 160km and winners in all divisions deserve recognition.

After thinking on this for many years Philip (Archer) and I decided we would donate a perpetual trophy to the Middleweight division, starting from the 2019 State Championships.

I already had the bronze, a beautiful sculpture of the Arabian stallion Tristram Momus owned by Pam & Heinfred Heyer (Strathalbyn) created by Adelaide sculptor Silvio Apponyi. The piece is the second of only twelve castings. I love this little statue and thought it would be great to share it with my endurance family as a worthwhile award.

Aside: Tristram Momus was by Ralvon Pilgrim, did well in the show ring and was both ridden and driven and won many dressage awards.

The base for my trophy was a slight dilemma – not being able to just go and buy one like the other championship trophies – Greg Bullock came to the rescue with some lovely Tasmanian timber. Greg happened to be in Tassie visiting his family. His father and late grandfather were both wood workers and there still exists a workshop which is a treasure trove of ageing tools and exotic timber.

After some text conversations Greg carried home in his bag two pieces – part of a one hundred year old plank of King Billy pine and a piece of rare Huon pine which is probably much, much older.

Greg spent hours planing and sanding the timber for me until we were both happy with the result. The photos show a bit of the process from rough old planks to finished, varnished trophy base.
In the last few days before Championships I was frantically trying to finish it off with several coats of varnish and sourcing an engraved plaque – as well as working two horses and WORK!

I am very happy with the resulting trophy and it was great to see a rider of the caliber of Naomi McGaffin being the first recipient. May many more middleweight riders enjoy it in the future. 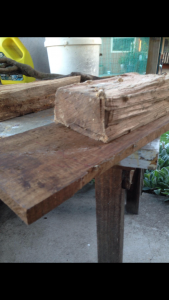 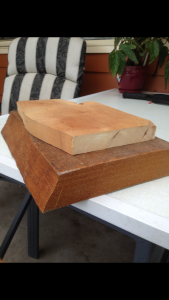 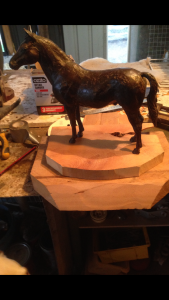 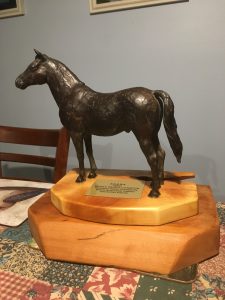 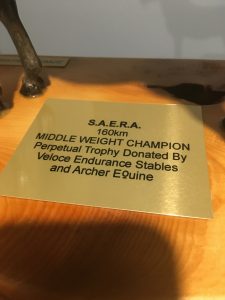 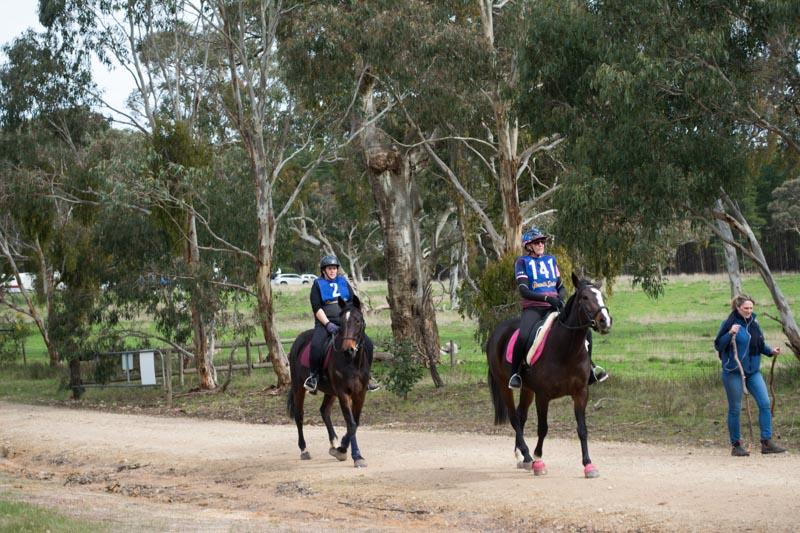 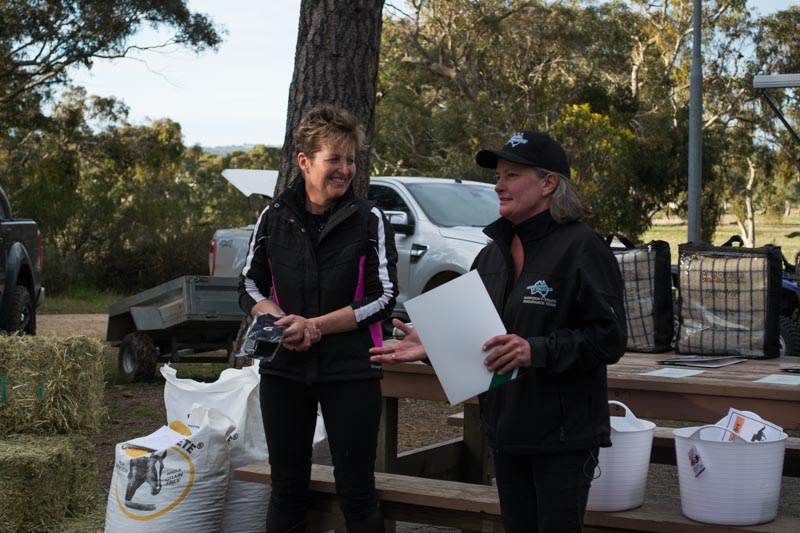 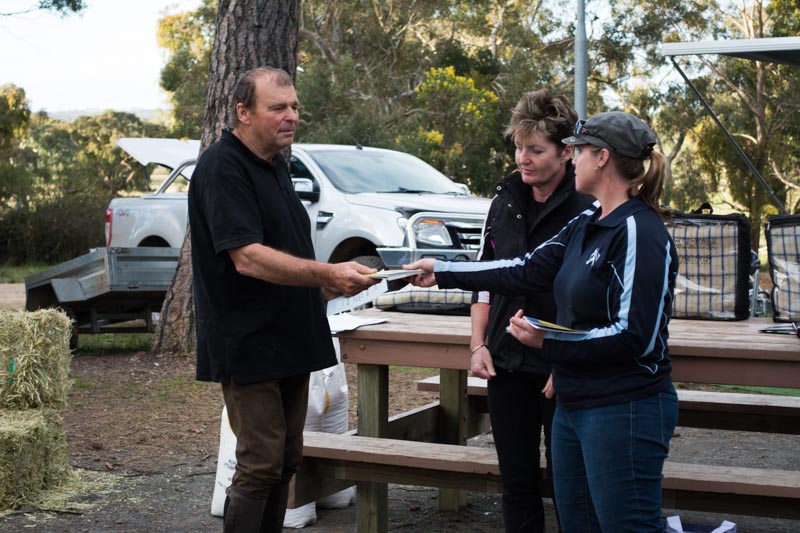 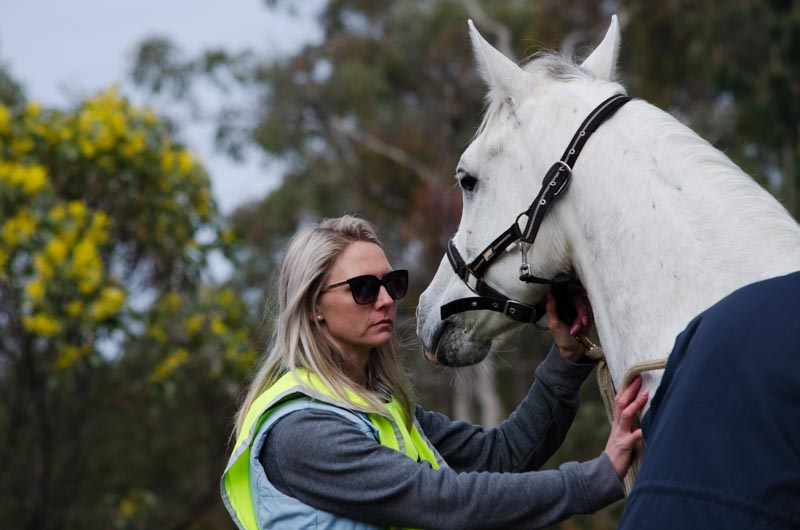 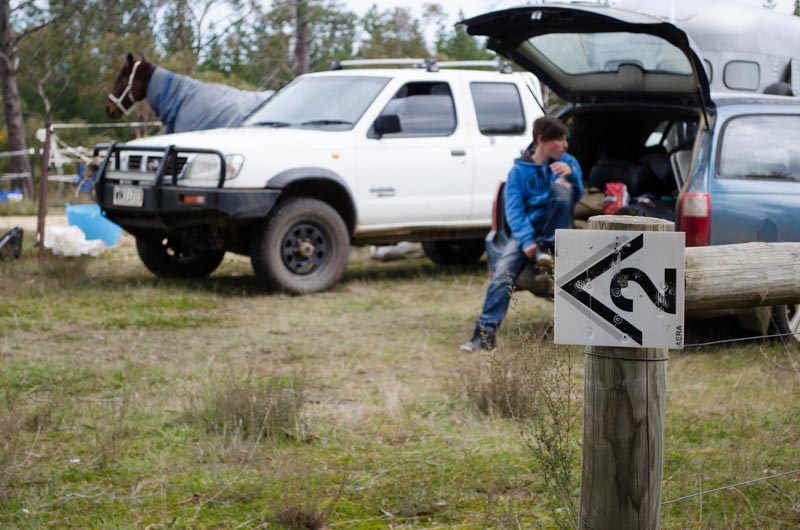 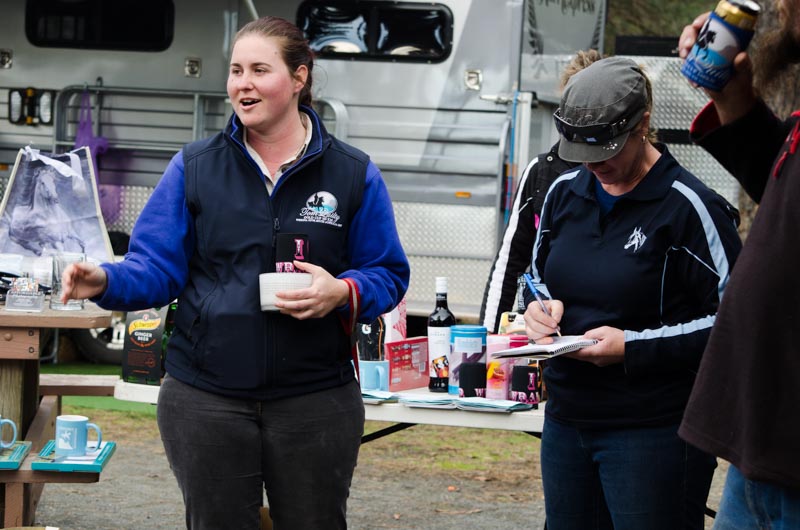 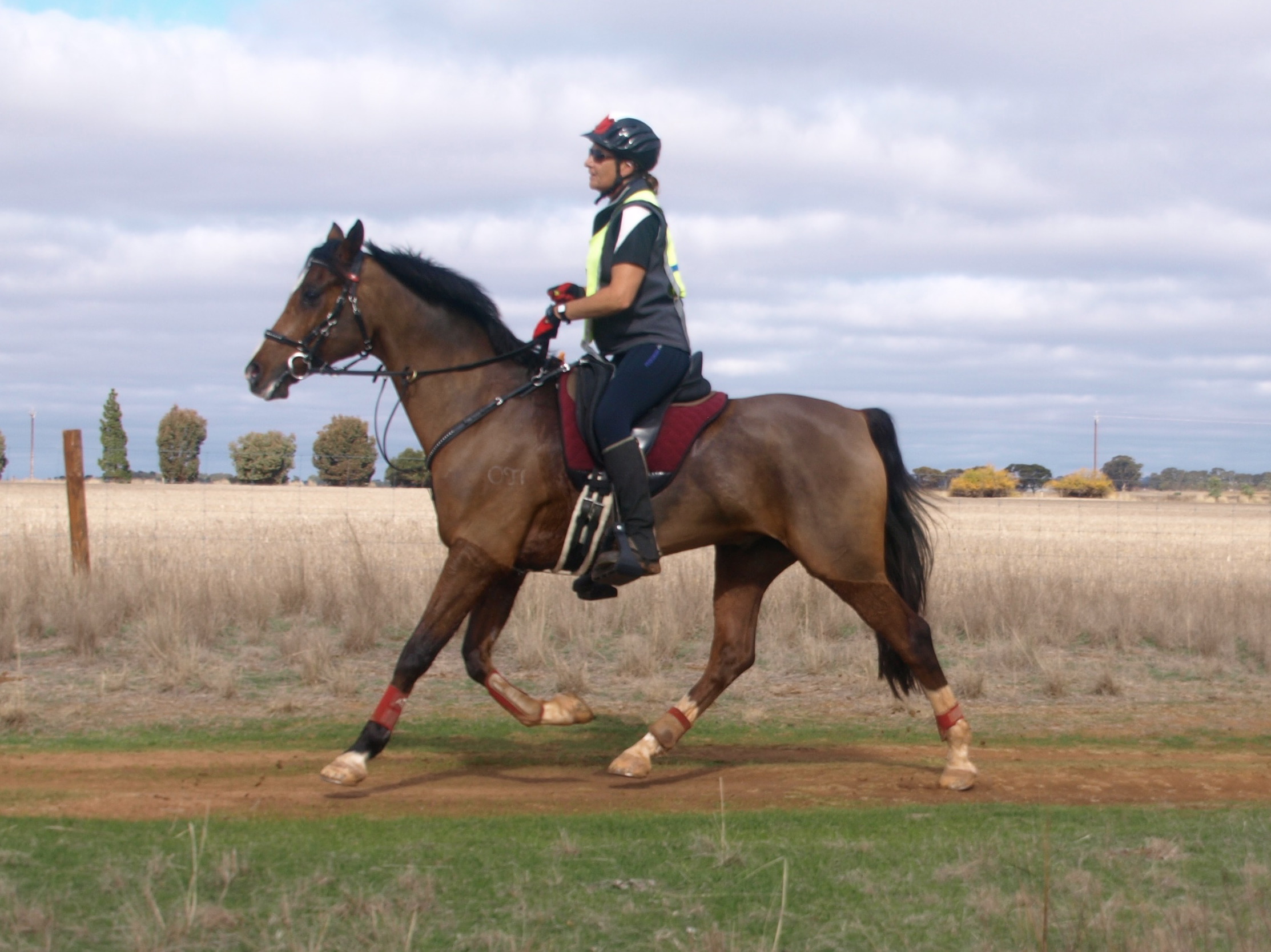 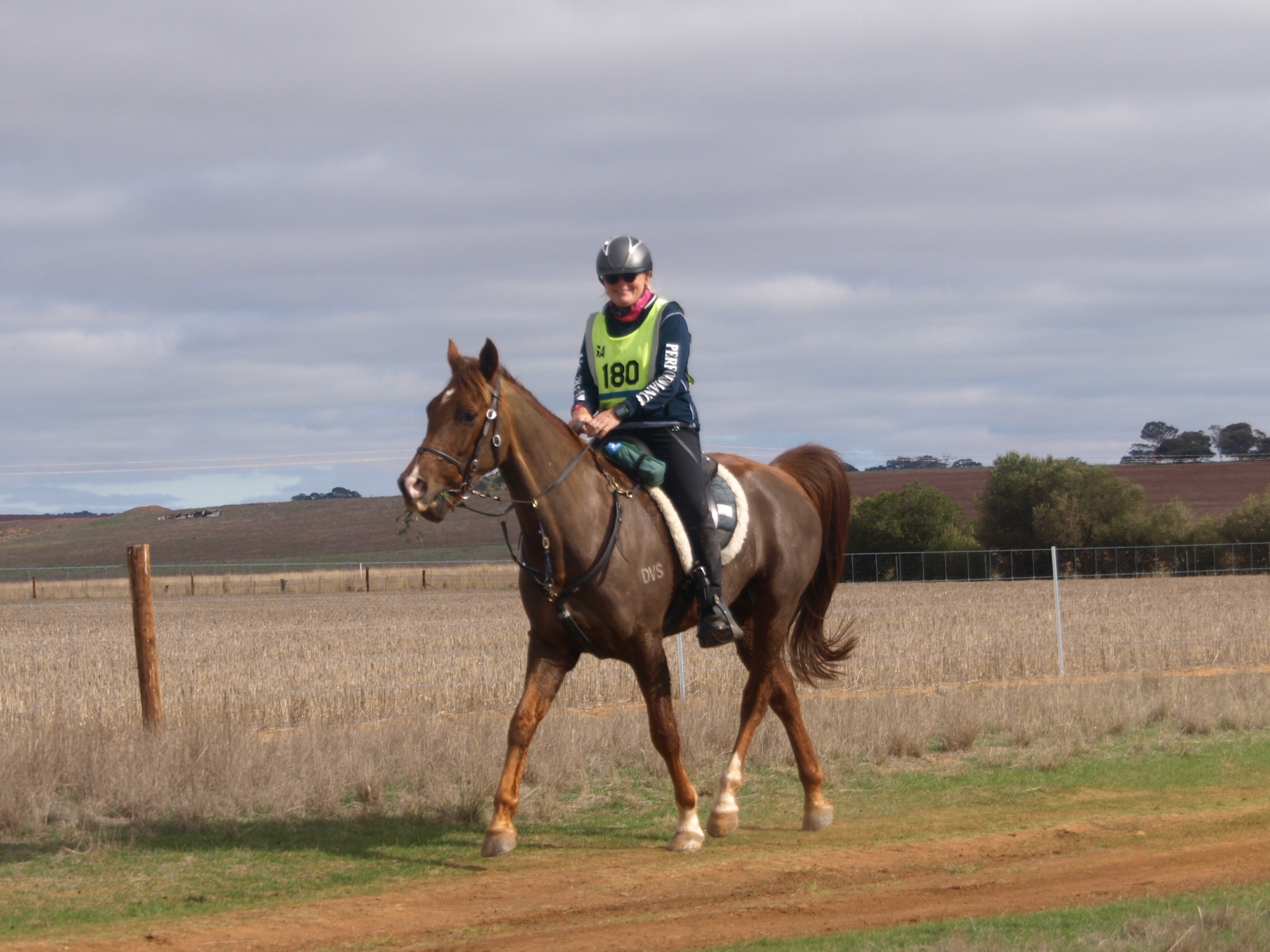 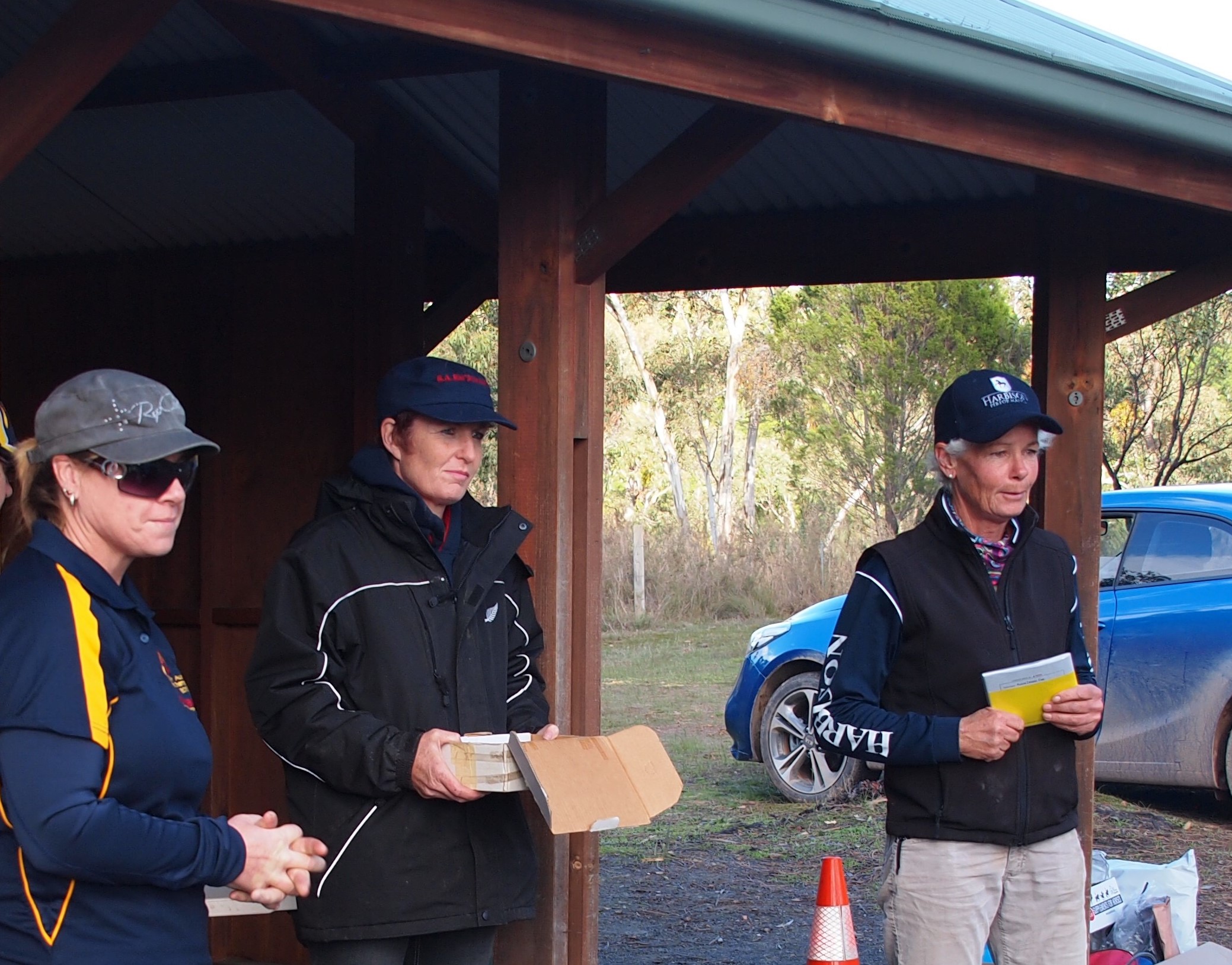 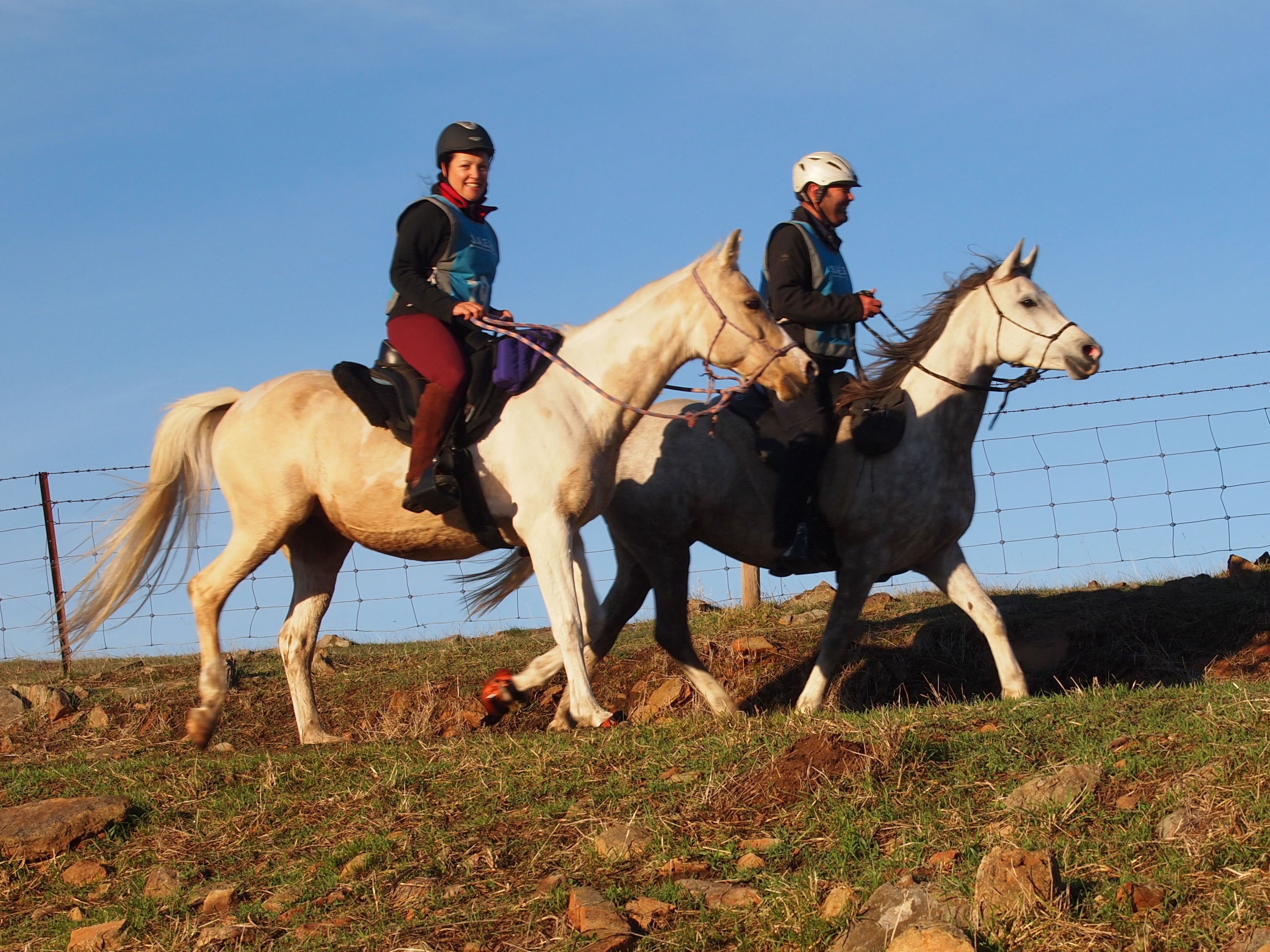